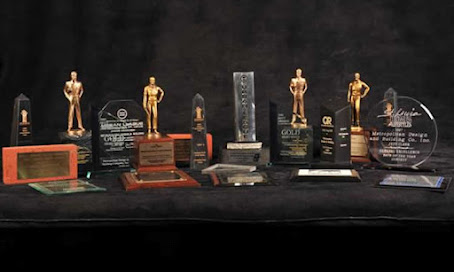 Over its 30 year history, Metropolitan has received a collection of awards for its work...including from the American Institute of Architects and four from the St. Louis Home Builders Association.  Metropolitan was inducted intoRemodeling Magazine's "Big Fifty" Remodeling Hall of Fame in 1992.

Since the late 1990's the company has received 15 awards from St. Louis Homes & Lifestyles magazine, including Home of the Year, Best Historical Restoration, Kitchen of the Year, and Bath of the Year.  Qualified Remodelerrecognized our work with awards for Kitchen and Whole-House Remodeling.

Metropolitan has also been recognized for its residential projects in such publications as Better Homes and Gardens, Remodeling, Kitchen & Bath Design, and St. Louis At Home magazines...to name a few.  For its commercial work, Metropolitan has been published in Commercial Builder, St. Louis Business Journal, Inland Architect, St. Louis Post Dispatch, Architectural Record Online, and Architecture for the Gods - Book II.